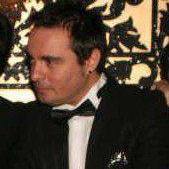 Cenk Dağcı is YSP Operations Director for Turkey and is based in Istanbul. He is a proven strategic thinker and a leading pioneer in the corporate and hospitality sectors.

He has worked in various organizations in Turkey and he set up GEO (Global Entertainment Organization)of which he is the Chairman.

In more than 20years he has presided over the marketing and branding of many Blue Chip companies in Turkey. In 2003 he opened AS boutique hotel in his home town.

As well as chairman of the GEO group he is also the General Manager of the WBR (World Brand Revolution) one of the leading PR agencies in İstanbul.

Cenk also recently founded Leaderscxo a business platform in Turkey which has some of the countries leading CEO’s and entrepreneurs as members.

In his spare times his hobbies include swimming, basketball, motorcycling, sailing and cooking.